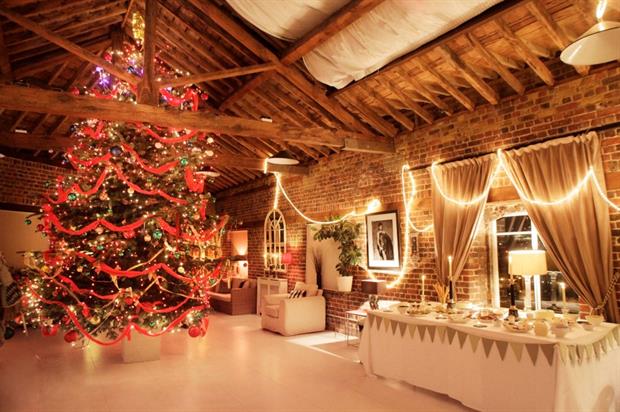 Experiential marketing has proven to be a cost effective, authentic and powerful way of growing your brand. For the uninitiated, “experiential marketing” is a strategy that encourages engagement from your target demographic by encouraging them to play an active part in the evolution of the brand. In other words, you give them an experience that makes them feel part of your brand. It’s a great way to create loyalty and evangelism for your business.

Co-founder of London-based restaurant startup, Grub Club, Siddarth VijayaKumar, shares how experiential marketing worked for them in this article for TechCityinsider including how Grub Club has been collaborating with Airbnb for Christmas…

Angel investment Network helped Grub Club fill their seed round and we are absolutely delighted to see them making waves alongside the big boys in the startup community like Airbnb; and winning awards like TCi’s 2015 Award for London innovator of the year.

It doesn’t seem like that long ago that we helped Uncover, which went on to become the UK’s premier restaurant reservation app, fill their seed round. In fact it’s only been 16 months. But on the back of their extraordinary year since launch they have now been acquired by Velocity, the world’s leading international digital hospitality service, for an undisclosed figure.

9 months after launch Uncover had gained 135,000 users and was partnered with 350 of London’s high-end restaurants (incl. Alain Ducasse Restaurants, Coya, LIMA, Restaurant Story, Taberna do Mercado, and The Clove Club). In that period it was recognised by Apple as its “Best App” on over 10 different occasions for its immaculate user experience.

The deal means that the new, refined platform, due to be launched early in 2016, will have a network of 800 venues and over 60 Michelin stars and that Velocity has taken itself another step closer to being a comprehensive hospitality platform all over the world.

Even though i’ve been in the startup business for a while now, when i stumbled across this infographic by Funders and Founders, it reminded me how useful it can be to glance back at the basics once in a while. In an increasingly fraught and complex world, it is not only extremely helpful, but also motivating to step back and see the workings of the bigger picture; to catch sight of the wood for the trees. Details are important; but occasionally we can get bogged down in them.

As every successful person ever will tell you – if you get the basics right, the rest will follow.

This is true even for the most seasoned of serial entrepreneurs. Especially as a number of the processes outlined in this simple infographic will remain crucial throughout the life of your startup, not just at the beginning. So whether you’re just starting out or a startup veteran, it’s worth casting your eyes over this one…