It doesn’t seem like that long ago that we helped Uncover, which went on to become the UK’s premier restaurant reservation app, fill their seed round. In fact it’s only been 16 months. But on the back of their extraordinary year since launch they have now been acquired by Velocity, the world’s leading international digital hospitality service, for an undisclosed figure.

9 months after launch Uncover had gained 135,000 users and was partnered with 350 of London’s high-end restaurants (incl. Alain Ducasse Restaurants, Coya, LIMA, Restaurant Story, Taberna do Mercado, and The Clove Club). In that period it was recognised by Apple as its “Best App” on over 10 different occasions for its immaculate user experience.

The deal means that the new, refined platform, due to be launched early in 2016, will have a network of 800 venues and over 60 Michelin stars and that Velocity has taken itself another step closer to being a comprehensive hospitality platform all over the world.

Even though i’ve been in the startup business for a while now, when i stumbled across this infographic by Funders and Founders, it reminded me how useful it can be to glance back at the basics once in a while. In an increasingly fraught and complex world, it is not only extremely helpful, but also motivating to step back and see the workings of the bigger picture; to catch sight of the wood for the trees. Details are important; but occasionally we can get bogged down in them.

As every successful person ever will tell you – if you get the basics right, the rest will follow.

This is true even for the most seasoned of serial entrepreneurs. Especially as a number of the processes outlined in this simple infographic will remain crucial throughout the life of your startup, not just at the beginning. So whether you’re just starting out or a startup veteran, it’s worth casting your eyes over this one… We first encountered Numecent back in 2012 when they approached us looking for seed funding for their cloudpaging technology concept that enabled native Windows applications to be delivered from the cloud. We were impressed by the fact that Numecent’s clients would have no need to download or install any software on a PC at all; and, applications would be delivered 20-100x faster than a conventional download.

We raised them £900k in seed funding and are now delighted that their promising technology is continuing to receive the recognition and investment it merits. On top of the Series B funding, Numecent was named a winner of the Red Herring Top 100 North America award, was chosen among the top 20 virtualisation solutions by CIO Review magazine and was cited as one of the 12 data-centre technology companies to watch by TechTarget.

Want to know more about Numescent? Watch the video below:

Ask a sample group of people why startups fail, and, assuming they have a vague understanding of the modern world,  they’ll give you a host of different reasons. Misfiring team. Poor product. No market. No business model. Delusional founder etc. And undoubtedly, they are all true depending on the circumstances in which the particular startup failed. 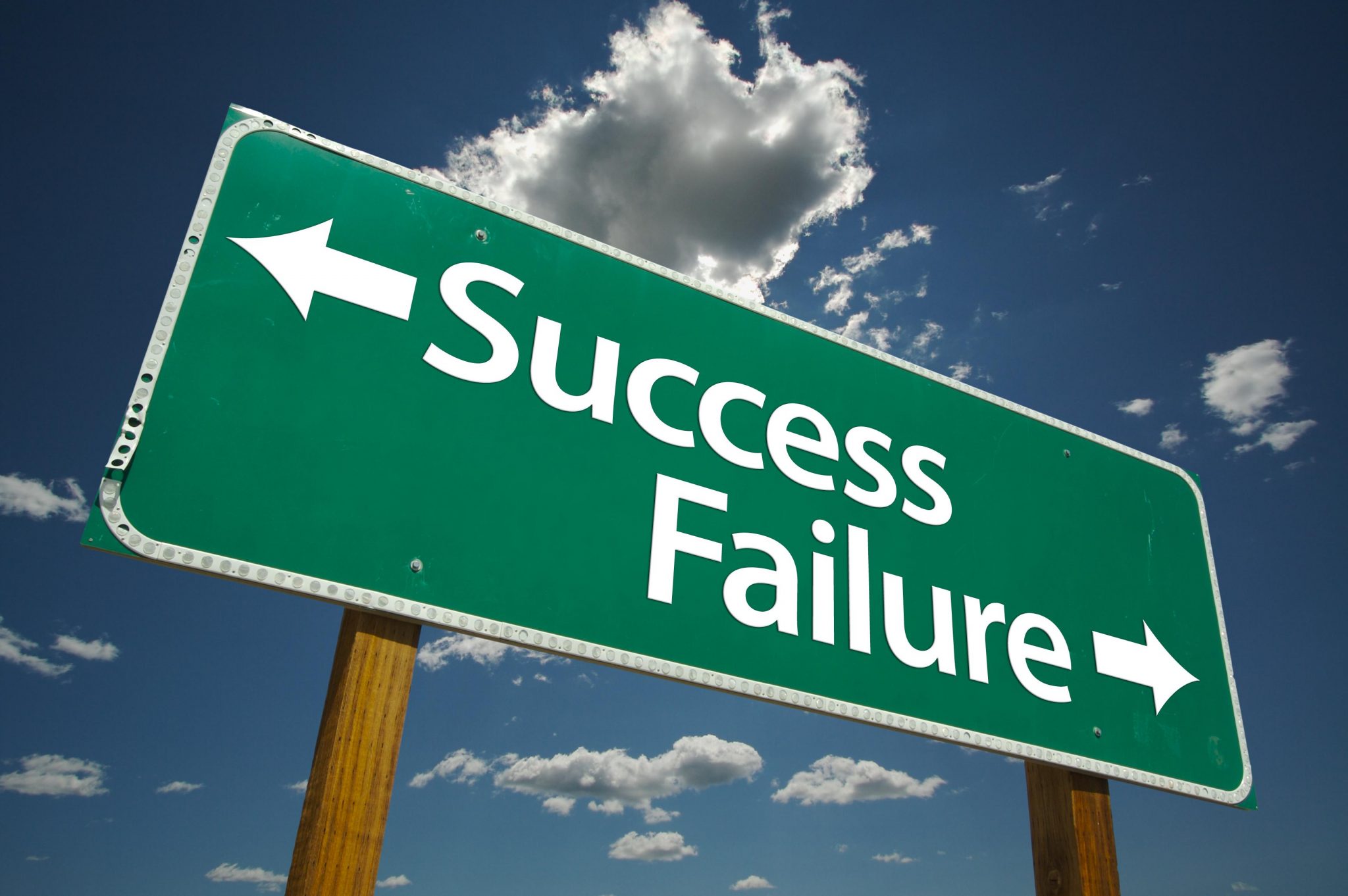 But there is a root problem to many of these problems. And it’s a simple one: a lack of tracked data, or perhaps simply a wilful ignorance of it. Data is the only means of empirically measuring the performance of your startup and building good practices upon proven foundations. In other words, tracked data gives you actionable insights where you would otherwise be guessing. Build upon what you already know to be true and your chances of avoiding ultimate failure will be much greater.

What this means is that failing on a low key level can be invaluable for the knowledge it provides; and as such, a failure can be considered a success if you properly understand and learn from the data you receive. Knowing what not to do can thus be as important as knowing what to do throughout the early stages of your venture.

This is the important point about success and failure. Micro-failures are useful stepping stones to ultimate success provided the data is tracked and learnt from after each attempt. As Elon Musk, CEO of SpaceX and Tesla Motors, puts it; “If things are not failing, you are not innovating enough.”

Here’s the article that got me thinking: Why do Startups Fail?

Over the course of the last year we raised £600k in seed funding for one of the UK’s most promising tech startups, what3words. If you haven’t heard of them yet, you’ll want to watch their video (below) to get in the know about the extraordinary developments they’ve made in geo-location technology, mapping the entire planet into 57 trillion 3m by 3m squares, each with its own three word label.

On the back of the successful seed round, what3words has gained significant traction including contracts with leading geographic information system providers. Their success piqued the interest of Intel Capital who alongside existing Angel Investors have filled a Series A round in the region of £2.5 million.

Here’s the TechCrunch article with more of the details: TechCrunch: what3words Series A

Understanding how investors think is an essential tool for every entrepreneur. Only when their thinking processes have been demystified can you attempt to negotiate with confidence.

This infographic, visualised from investor Paul Graham’s famous essay “The Hacker’s Guide to Investors” by Anna Vital from Funders and Founders, is your pocket guide to getting inside their heads. 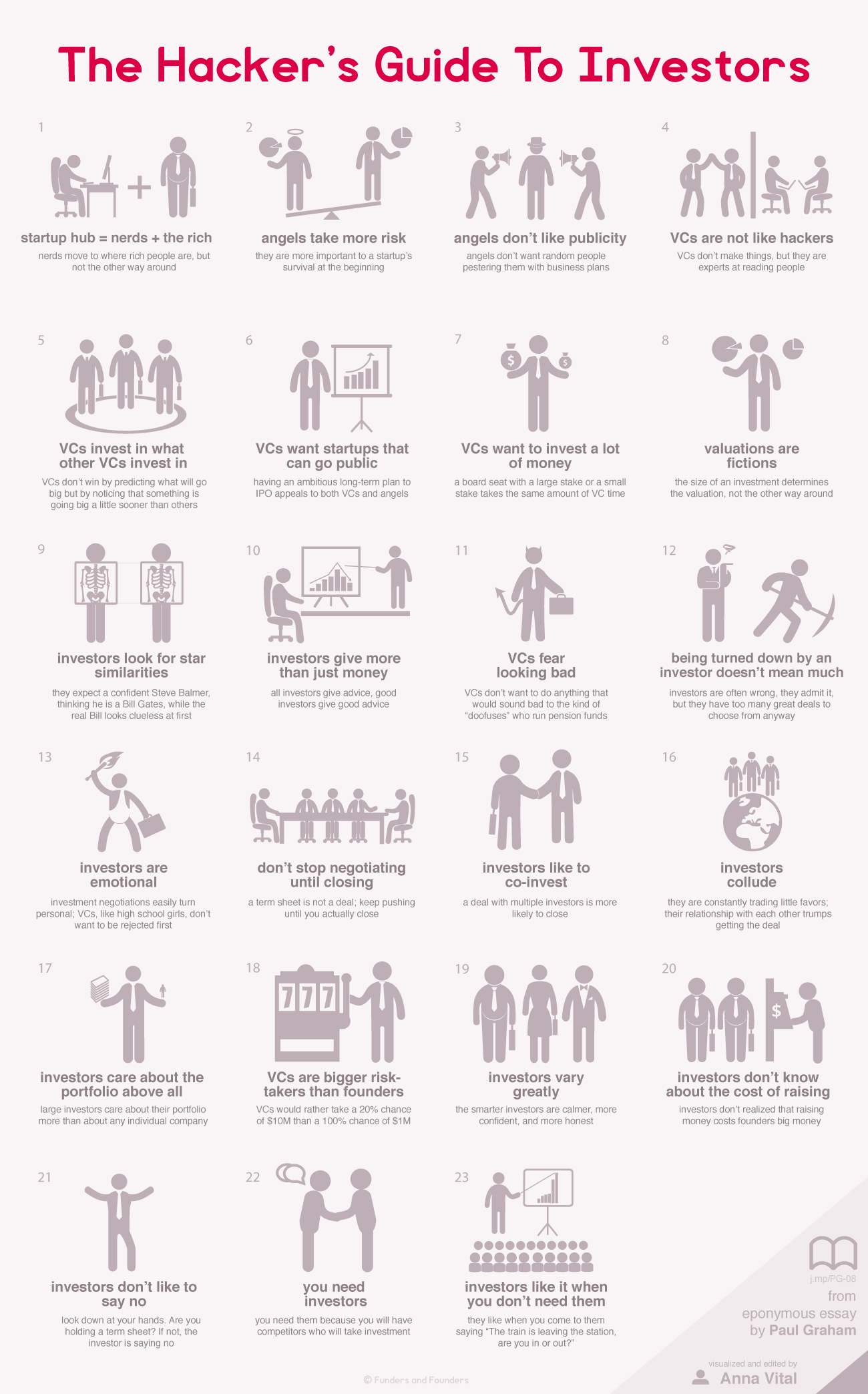