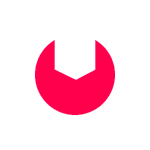 Repairly is one of the latest company’s to come off Angel Investment Network’s funding line. The company is now gunning to fix the technology repair industry having closed a £265,000 seed round.

Repairly is disrupting the billion-dollar technology repair services industry by offering collection and delivery on broken tech. Their mission is to make it ridiculously simple to get your phone, tablet or laptop repaired.

The introduction of Repairly means that people no longer have to go to the expensive Apple Store or inconvenient corner shops – customers don’t even have to leave their desk. Repairly collect, repair and return within an average of 2 hours and 6 minutes.

Fraser Williams, co-founder and CEO at Repairly, says: “Over 32,000 phones get broken everyday in the UK alone. People don’t know where to turn when this happens. Repairly turns people’s negative experience into a positive one, and if you can find delight in a phone repair, you can find it anywhere.”

Richard Edwards, the other co-founder, says: “We ensure busy people with broken technology are back up and running as soon as possible…We saw how much technology had advanced but the support for that technology was lagging behind. People were waiting for up to 2 weeks without their phone. That seems crazy in today’s technology-reliant society.”

The business was started in 2015 after Fraser Williams dropped out of University. Richard Edwards was an early team member of the online cleaning marketplace, Hassle.com, which was acquired by Rocket Internet in July 2015.

Exciting news for Repairly; and everyone prone to breaking their smartphone!