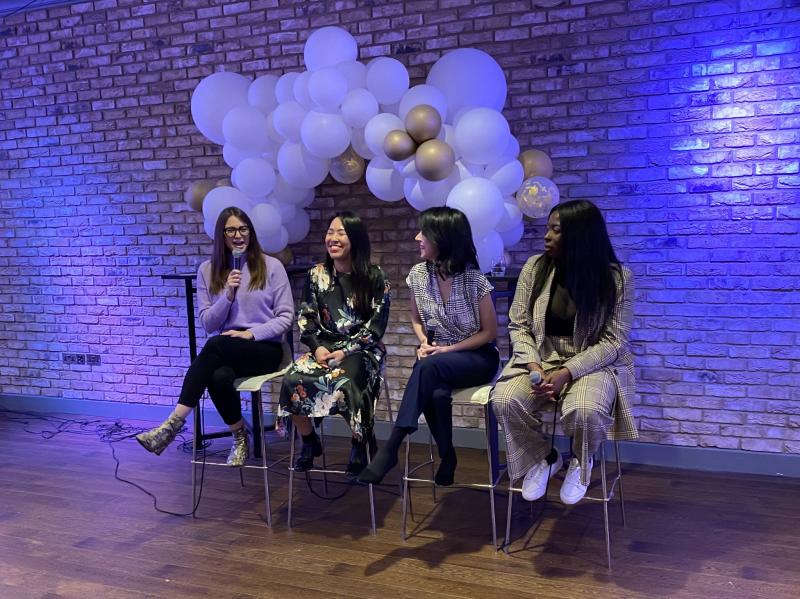 Our Head of Growth and entrepreneur Ching-Yun Huang was invited onto a Female Founders’ panel at the Curtain Hotel last week in advance of International Women’s Day. Here she shares some key learnings.

It was a pleasure to be invited on to a panel with other female entrepreneurs at the Curtain Hotel recently to share our experiences of starting a business. It was a lively debate and discussion as we all had different experiences that we could bring to light. There were four key questions that came up from the audience, that I wanted to address.

1. Are you taken as seriously being a woman?
Does being a woman impact what you want to be able to achieve as an entrepreneur? The view that some expressed was that you are at a disadvantage because you might not be taken as seriously, with a lack of investors willing to back you. Although it is true there are less female founders, my personal view is that we could be in danger of creating a barrier that might be more psychological. I think if you have a good business case your gender shouldn’t matter and you should have the confidence to articulate your vision. However everybody’s experiences are different.

3. When do you need investment?
When it comes to funding and investment, the audience was split between two groups. People who felt ready to scale their business, and a bigger group who want stability to start their business. I think any entrepreneur should think long and hard about what they need the finance for. For me personally I am looking at bootstrapping my business as far as I can without trying to get outside influence. However there is an extent to which women are perhaps more risk-averse, which is a barrier to having more women entrepreneurs. It’s hard to make the transition into a more uncertain world.

4. Do you need a background in tech to launch a tech business?
Lots of people in the room expressed an interest in starting a tech business. A popular question was whether you needed to have studied tech. I studied literature and had nothing to do with tech. However I do think having a working knowledge is important, so i picked up computer languages and some other skills. For my business, I found a co-founder who is a developer. A complementary skill set is a winning combination in starting a business.

Ching’s is developing a dating app called The Moment